Nashville, Tenn. (July 31, 2020) — Today, David Corlew and Associates announced next year's Volunteer Jam will go on as scheduled and serve as a tribute concert to the late Charlie Daniels. The 2021 Volunteer Jam: A Musical Salute to Charlie Daniels will take place Monday, February 22, 2021 at 7:00 p.m. C/T at Nashville's Bridgestone Arena.
Hazel Daniels, Daniels' wife of 55 years, believes her husband would be thrilled.
“I am forever grateful for all of the love and support Charlie Jr. and I have received since Charlie’s passing," says Hazel. "Charlie would be excited and extremely proud that his Volunteer Jam would continue. I want to express my sincere thanks to the artists paying tribute to Charlie.”
Five additional talents will join the Jam next February. ALABAMA, Ricky Skaggs, Old Crow Medicine Show, Junior Brown and Cece Winans have been added to the previously announced lineup.
"Charlie's entire day, week, year, and life revolved around his faith, family, and his cherished live performances," explains Daniels' longtime manager David Corlew. "We, as a team, 24-7, were focused on that two hours of his day, the part he loved most. There's no better way to honor and continue his legacy than to do a show with The CDB, their music, the artists, family, friends and fans. We got this."
The salute to Daniels will include performances by The Marshall Tucker Band, Chris Janson, Charley Pride, Larry, Steve & Rudy: The Gatlin Brothers, Big & Rich, Gretchen Wilson, Cowboy Troy, Delbert McClinton, Keb' Mo', The Outlaws, 38 Special, The Allman Betts Band, Cedric Burnside, Jenny Tolman, Atlanta Rhythm Section, Travis Denning, Mickey Gilley, Johnny Lee, Rhett Akins, Scooter Brown Band, The SteelDrivers, Pure Prairie League and comedian Dusty Slay. Daniels' longtime band, The Charlie Daniels Band, will also perform to honor their legendary frontman.
"We are honored to preserve Charlie Daniels and his legacy in the spirit of the Volunteer Jam,” adds Outback Presents president Michael Smardak.
To give thanks during a time of uncertainty, event organizers are donating 500 concert tickets to volunteers who have participated in recent emergency relief efforts across Middle Tennessee. Tickets are available on a first-come, first-serve basis.
The 2021 Volunteer Jam: A Musical Salute to Charlie Daniels is produced by Outback Presents in association with David Corlew and Associates and Conway Entertainment Group.
Tickets are on sale now via Ticketmaster.com and the Bridgestone Arena box office. Emergency relief volunteers may contact [email protected] for ticket requests.   The Charlie Daniels Band performed the first Volunteer Jam on October 4, 1974, at the War Memorial Auditorium in Nashville, Tennessee, marking the beginning of a tradition. Over the Jam's four-decade history, Daniels and his band played alongside superstar guests including Ted Nugent, The Allman Brothers Band, The Marshall Tucker Band, Billy Joel, Garth Brooks, Billy Ray Cyrus, Stevie Ray Vaughan, Tammy Wynette, Roy Acuff, Carl Perkins, ALABAMA, Don Henley, Barefoot Jerry and more. Many of these concerts were broadcast live on the radio. The Volunteer Jam on national television included a live broadcast on the Jerry Lewis Telethon and a Dick Clark-produced network special. The Volunteer Jam is also the title of a series of albums released by Daniels of performances from the late 1970s and early 1980s at Volunteer Jam shows. 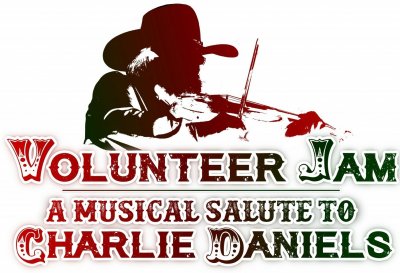 Music is a Passion
Will it be televised..?
Posted by Raymond
Vol. Jam in Feb 2021
Will this be televised? I sure hope so. As I have no way to get to Tennessee from Pennsylvania in February ð¥ Thanks Georgene Bricker
Posted by Georgene
Volunteer Jam
We had tickets for the Jam in September. Can we still use these tickets for the February Jam? *NOTE* As far as I know, yes, but I would double-check with the Bridgestone box office. - TeamCDB/BW
Posted by Jeff
Volunteer Jam 2021
can we purchase a copy to watch at home?? My mom is 76 yrs old and in a nursing home, she loved the CBD.
Posted by Kimberly
Volunteer Jam 2020
I hope to be there weather permitting!!!
Posted by Patrick
CDB Tribute Jam-2021
Will there be CDâs for sale ? Hope the Winters Brothers Band is included as they are right down the road there in TN ! They have played with CDB for many decades.
Posted by Rick
Going Home
God bless big Charile A man who stood tall on his principles his faith and his music... We are here in Long Island loved loved his visits will surely miss him ð¹ðºð¸ð
Posted by Rob
Tickets
We already had 4 tickets purchased for the Volunteer Jam before the date was moved. Will those tickets still be good? *Note* That is my understanding, but I would check with the Bridgestone Box office to be sure. - TeamCDB/BW
Posted by Jennifer
I Love Charlie Daniels
It was truly an honor to get to meet Charlie D, meet & Greet at the 2018 Arkansas State Fair and Simmons Bank Arena, formally known as Verizon Arena on March 23rd 2019. The very first Time I saw Charlie was in 2010 or 2011 in Lansing Michigan at Common Ground Festival. I've seen Charlie 4 or 5 times. .. And it was sure a dream come true.
Posted by Tanner
Whatâs the status
So is the concert on as planned??
Posted by Greg