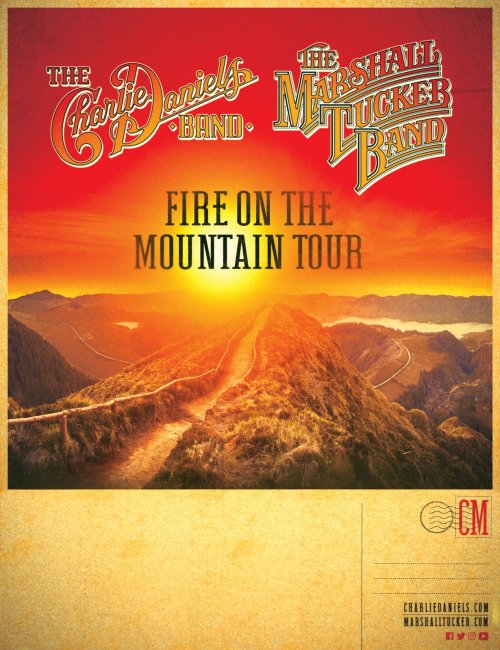 concert
Going to be a GREAT SHOW May 2nd.!!
Posted by Anna
Tour
Looking forward to the 2020 tour. Way to keep pumping the pump !!
Posted by Adrie
Fire on the Mountain tour
We can't wait to see the CDB and Marshall Tucker in Westbury, NY on 9 May. Outstanding song and album played by an icon Southern Rock Band and one of the greatest multi-talented musicians of all time. Also a great American and Patriot.
Posted by Michael