Nashville, Tenn. (October 3, 2018) —Fans who follow Country Music Hall of FamerCharlie Daniels online may have noticed what appears to be a serious infestation of boll weevil bugs on his social media accounts and website. As it turns out, those critters aren't boll weevils at all. They're actually, "Beau Weevils," and are a nod to Daniels' upcoming studio album, Beau Weevils - Songs in the Key of E, set for release on Friday, October 26.
The new ten-track album features lead vocals, guitar and fiddle by Daniels, James Stroudon drums and percussion, Billy Crain on guitar, and Charlie Hayward on bass.
"Beau Weevils - Songs in the Key of E is the culmination of a long held desire of James Stroud and myself to do a project together," says Daniels. "We had worked together, with James in the capacity of producer, which had resulted in some of our most successful albums for The Charlie Daniels Band, but James is one of the finest and most soulful drummers in the business and I figured we could get together, musician to musician, and come up with something special. We just needed a vehicle in the form of songs that would fit the bill."
CMA and ACM Award-winning James Stroud's history as a musician, producer, music publisher and industry executive spans over 40 years. As a drummer/percussionist, he has played behind the likes of The Pointer Sisters, Paul Simon, Gladys Knight, Bob Seger and dozens more. He produced his first hit in 1976 with the triple platinum-selling "Misty Blue" by Dorothy Moore. Stroud achieved major country music success producing albums for Tim McGraw and Clint Black in the 1990s. After making his foray into the record label side of the industry, Stroud helmed Giant Records (at which time he discovered Clay Walker), DreamWorks Records Nashville (where he signed Toby Keith and produced four of the singer's multi-platinum albums) and served as Co-Chairman of Universal Music Group in Nashville (steering the careers of the likes of Vince Gill, George Strait, Trisha Yearwood, Reba McEntire and Sugarland). He would go on to found his own independent label, Stroudavarious Records, and later, R&J Records. Stroud has produced albums that have collectively sold millions of copies, and had over 100 #1 records, including three chart-toppers with country star Chris Young. Stroud also produced several albums for The Charlie Daniels Band including Homesick Heroes ('88), Simple Man ('89), and Renegade ('91).

A staple of the southern rock scene since early 1970s, Billy Crain has performed with The Allman Brothers Band, The Rossington-Collins Band, The Rolling Stones, ZZ Top, The Outlaws and the Henry Paul Band. He's the brother of the late Charlie Daniels Band guitarist, Tommy Crain.

Longtime Charlie Daniels Band guitarist Charlie Hayward is best known for playing bass on Gregg Allman's critically-acclaimed album, Laid Back. His additional credits include performing with Dr. John and Alex Taylor.
Daniels describes the new recordings as "Downhome, Swampy Rock meets Funk with a little taste of 'Delta' type of style."
"The whole thing started one day when I, as I often do, was fooling around with my guitar and came up with the opening riff on a song that eventually turned out to be 'Mudcat,'" explains Daniels. "That song set the style for the rest of the songs I would write, that all lent themselves to being played in the key of E, hence the title."
Daniels wrote or co-wrote all ten tunes on the new compilation. Stroud and Casey Woodproduced the project with Daniels' manager David Corlew serving as executive producer.
"Holla the Beau Weevils!" Daniels quips.
Pre-sale album orders are available now at Amazon.com.
Beau Weevils: Songs in the Key of E Track Listing:
1. Geechi Geechi Ya Ya Blues
2. Bad Blood
3. Mexico Again
4. Louisiana Blues
5. Oh, Juanita
6. Smokey's Got Your Number
7. Mudcat
8. Everybody's Gotta Go Sometime
9. We'll All Have Some
10. How We Roll 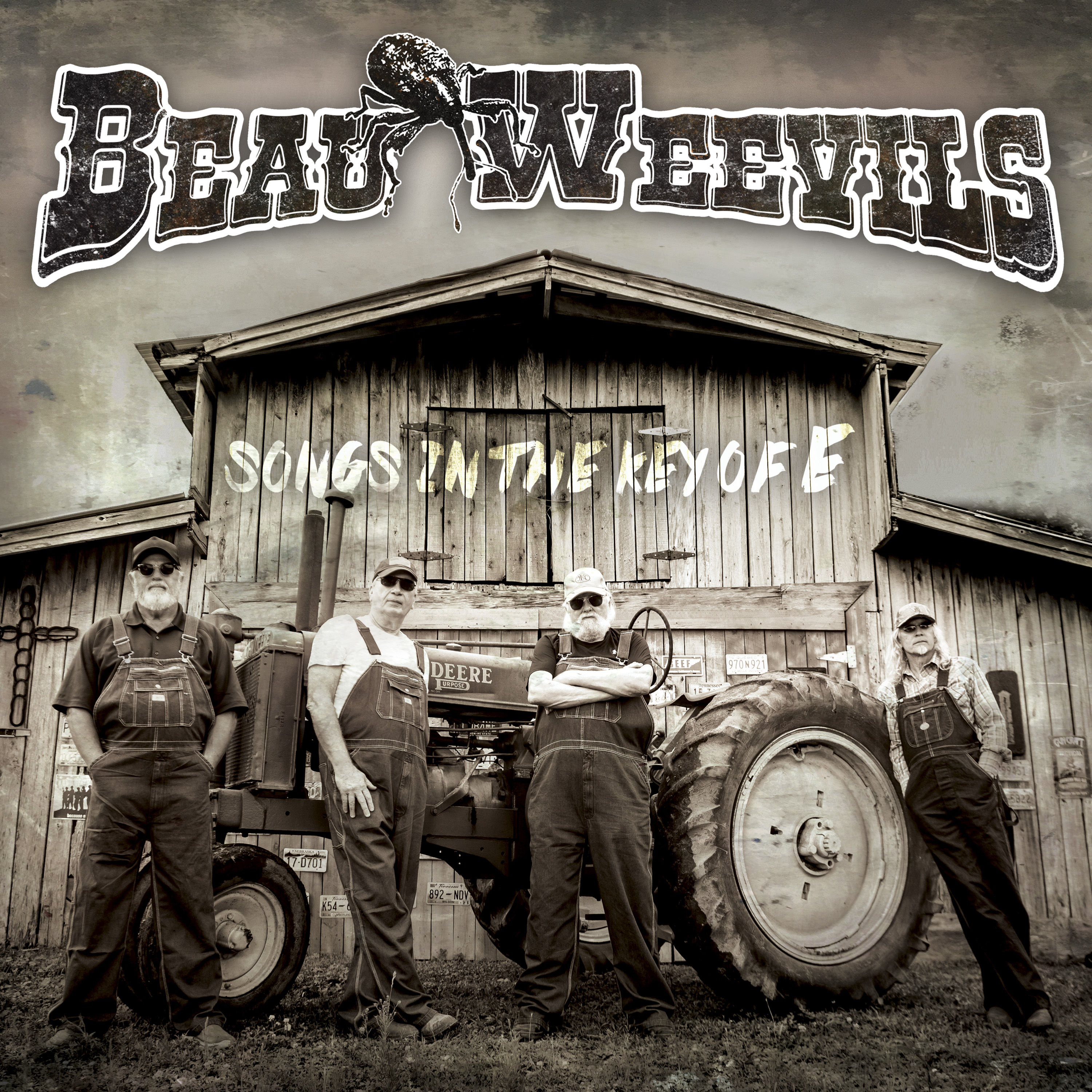 Thank you
Ty for all you do
Posted by David
your one greatest
ty for all you do for all veterans and congrats on last night award at topsfield fair thanks for great show you put on god bless and GOD BLESS AMERICA AND OUR TROOPS
Posted by Frank
Sleepless waiting
I won't be able to sleep til this album comes out.im am way too syked.
Posted by Ryan
Volunteer Jam XX Album
Just got the Volunteer Jam XX album. Charlie does "Tennessee Fiddlin' Man" Live. I Cant stop tapping my foot! I have just about all of Charlie's Albums. Truly this song is one of his best! God Bless you Charlie! Keep em coming!
Posted by Eddie
Beau Weevils Album
I already singed up to receive my copy when it comes out! Two days before Charlie's Birthday! I so can't wait! I finally get to hear James Stroud and Billy Crain. I loved his brother Tommy. What a guitarist! I still miss him and Taz. Rest in peace boys. And the two Charlies? What can I say... Always a pleasure to listen to for almost 40 years
Posted by Eddie
Will there ever be another new CDB album?
Charlie, we love and buy everything that you put out, but what we really hunger for is a new CDB album. Thanks. God Bless America

*NOTE* This is hardly the end of the CDB, but give it a listen, it's really great stuff. - TeamCDB/BW
Posted by Harold

Nashville show
Charlie, heard you on Bob & Tom this morning. Missed the name of the club you and the Beau Weevils are going to play at next week.
Posted by Mark
just to let ya'll know! i'm on a NEW fb page(billy) stage left promotions/history,etc.
i'm myte proud to see CHARLIE and BILLY workin together! it just seems ryte, and kinda warms the HEART*****
Posted by DAVID
Blues in E
The songs are great, I look forward to the book signing and think that these songs are some of the best ever. I love all your music always have and always will. Good job and Happy Birthday!
Posted by Rodney
Someone is posing as you.
Hi Mr. Daniels, I just got a private message from someone posing as you and saying they need a fan to help with some stuff that they don't want management to see. I've been through this before and want to tell you so you can protect your name. Heidi A. Dietrich
Posted by Heidi
Outlaws
Got to see Billy Crain at Tupelo in Derry, N.H. He also played with the Outlaws. He was awesome! I Miss Tommy. I've always loved his playing. Keep doing what you're doing Charlie!!
Posted by Paul