Nashville, Tenn. December 7, 2018 —Blackbird Presents and Charlie Daniels are proud to announce “Volunteer Jam XX: A Tribute To Charlie,” an all-star concert event at the Bridgestone Arena in Nashville, Tennessee on Wednesday, March 7, 2018 at 7 PM CT.  Since its inception in 1974, Charlie Daniels’ Volunteer Jam has brought together some of music’s greatest legends. Now, 43 years later, friends, fans, and an extraordinary lineup of musicians will come together for a very special Volunteer Jam honoring the southern rock pioneer Charlie Daniels – the man who started it all.

This unforgettable concert event will feature performances by Charlie Daniels and The Charlie Daniels Band, Alison Krauss, Billy F Gibbons of ZZ Top, Blackberry Smoke, Bobby Bare, Chris Janson, Chuck Leavell, Eddie Montgomery of Montgomery Gentry, Jamey Johnson, Justin Moore, The Oak Ridge Boys, and Ricky Skaggs with many more special guests to be announced in the coming weeks. Storme Warren will be returning as host. For the first time ever, rock great Billy Gibbons of ZZ Top will honor Daniels at the Jam. Country music legend Eddie Montgomery will make a heroic return to the stage after the tragic passing of his partner, Troy Gentry.

Tickets go on sale December 8, 2017, at 10 AM CT online at Ticketmaster.com, by phone at 800-745-3000, all Ticketmaster locations and the Bridgestone Arena box office. A portion of the proceeds from 2018’s Volunteer Jam will be donated to The Journey Home Project, a 501(c)(3) non-profit co-founded by Daniels and manager David Corlew to help Veterans.

Charlie Daniels has collaborated with some of music’s most influential artists – from Elvis Presley to Bob Dylan – and with The Charlie Daniels Band has created such memorable hits as “Long Haired Country Boy,” “The South’s Gonna Do It Again,” “In America,” “The Legend of Wooley Swamp” and of course, the signature “The Devil Went Down to Georgia,” which won a GRAMMY® for Best Country Vocal Performance by a Duo or Group. Daniels is also a tireless supporter of the men and women who serve the United States military.

“Charlie has had an enormous impact on American culture through his dedication to supporting our troops, founding the unique southern sound that we know and love, and creating the unforgettable Volunteer Jam legacy,” says Keith Wortman, CEO of Blackbird Presents. “I am honored to be producing this year’s Jam alongside Charlie’s longtime manager, David Corlew.”

"It’s hard to believe that it’s been 43 years since the CDB and some of our friends got together at War Memorial Auditorium for what was supposed to be a live recording session, a one-time happening that took on a life of its own and was to become known worldwide as The Volunteer Jam. I am extremely honored and excited to have this year’s Jam documented by Blackbird Presents. Gonna be a great night at the Volunteer Jam!"

Blackbird Presents’ Keith Wortman, creator and executive producer of Nashville’s recent highly acclaimed “All In For The Gambler: Kenny Rogers’ Farewell Concert Celebration” and “Sing Me Back Home: The Music of Merle Haggard,” is the executive producer of “Volunteer Jam XX: A Tribute To Charlie.” GRAMMY® Award Winner Don Was will serve as music director, and preside over a stellar house band including Chuck Leavell, Kenny Aronoff at this unforgettable concert event.

Blackbird Presents is a global media company that produces premium content via a range of strategies including large-scale concert events and festivals, broadcast series and specials, and music releases featuring major music stars across all genres and demographics.

Blackbird's recent concerts, broadcast specials and releases include “All In For The Gambler: Kenny Rogers’ Farewell Concert Celebration,” “Sing Me Back Home: The Music of Merle Haggard,” "The Life & Songs of Kris Kristofferson," "Imagine: John Lennon 75th Birthday Concert," "Outlaw: Celebrating The Music of Waylon Jennings," "I'll Take You There: Celebrating 75 Years of Mavis Staples," "The Life and Songs of Emmylou Harris," "Lynyrd Skynyrd: One More For The Fans," "The Musical Mojo of Dr. John: Celebrating Mac and His Music," and "All My Friends: Celebrating The Songs and Voice of Gregg Allman," the latter of which earned a 2014 GRAMMY® Award nomination for Gregg Allman and Taj Mahal's awe-inspiring performance of "Statesboro Blues."

From his Dove Award winning gospel albums to his genre-defining Southern rock anthems and his CMA Award-winning country hits, few artists have left a more indelible mark on America’s musical landscape than Charlie Daniels.  An outspoken patriot, beloved mentor to young artists and still a road warrior at age 81, Charlie has parlayed his passion for music into a multi-platinum career and a platform to support the military, underprivileged children and others in need.

Raised among the longleaf pines of North Carolina, Charlie began his career playing bluegrass music with the Misty Mountain Boys.  After moving to Nashville in 1967, he began making a name for himself as a songwriter, session musician, and producer.  Elvis Presley recorded a tune Charlie co-wrote titled “It Hurts Me,” which was released on the flip side of “Kissin’ Cousins.”  He played on such landmark albums as Bob Dylan’s Nashville Skyline and tried his hand at producing on the Youngbloods’ Elephant Mountain and Ride the Wind.

His own unique voice as an artist emerged as Charlie recorded his self-titled solo album in 1970 for Capitol Records.  Two years later he formed the Charlie Daniels Band and the group scored its first hit with the top ten “Uneasy Rider.”  Since then the CDB has populated radio with such memorable hits as “Long Haired Country Boy,” “The South’s Gonna Do It Again,” “In America,” “The Legend of Wooley Swamp” and of course, his signature song, “The Devil Went Down to Georgia,” which won a Grammy for Best Country Vocal Performance by a Duo or Group in 1979 as well as single of the year at the Country Music Association Awards. 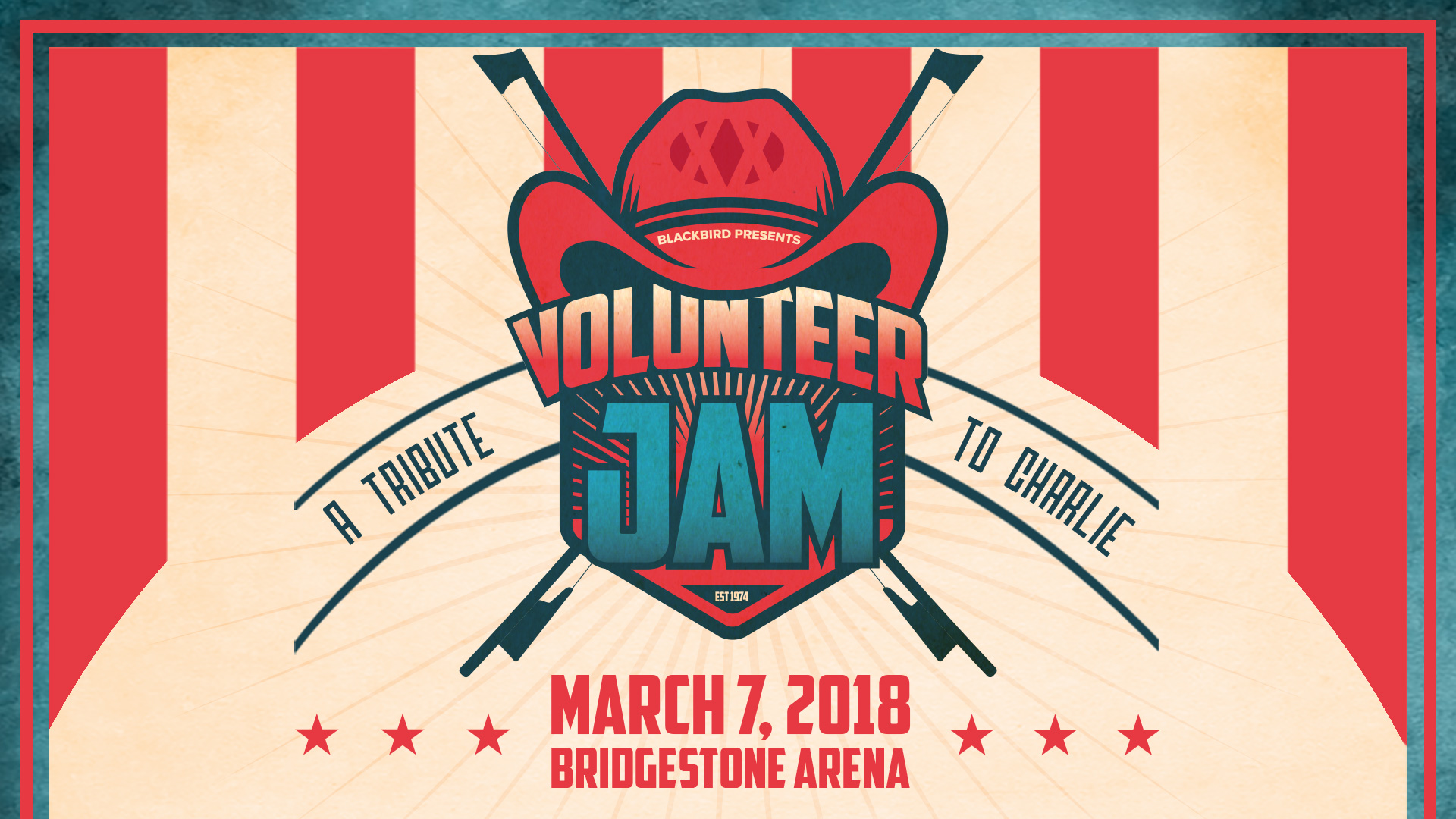