So, here we go! We’re heading into uncharted territory. The first time I’ve written a soapbox not based on dad’s passing or a CDB song anniversary in about 12 years when I wrote a couple of soapboxes of a more political slant.

I wrote a little about “God Winks” in one of the soapboxes on dad’s passing, but I wanted to go into more detail about them.

A friend of mine used that term a while ago, and I really liked it.

The best definition I can think of would be little signs, oddities, or occurrences that seem to defy coincidence.

My dear friend, Lynn Foster, whom I have known for about 23 or 24 years had a dozen such “winks” when her son, Matt, passed away, which she hopes to write a book about at some point.

The one that stood out the most was when she said that while he was still alive, Matt was weeding a bed of purple iris bulbs at Lynn's house, and working up quite a bit of sweat, and he was dripping sweat into the flower bed. Then Matt passed away, and a while later when they started blooming, several beautiful purple irises sprouted, but in the middle of them all, a single white iris where Matt had been sweating sprouted, there were no white irises planted there.

I was blown away by her story, and others she shared with me, and now I’ve got a few of my own to share.

The first of which was a rainbow – and at times a double rainbow – directly over the funeral home on the day of dad’s CDB family visitation and the Mt. Juliet celebration of his life outside. People started sending them to me, and I saw them popping up on social media all over the place. Each one had one thing in common, one or both of the rainbows arching perfectly above the funeral home.

Coincidence? Possibly… but that wasn’t the only “wink” that presented itself recently.

On the same day of the visitation/celebration, I received a photo of a cloud near Crossville, TN that bore an uncanny resemblance to the style of cowboy hat that dad wore – and was buried with. I’ve examined, zoomed in and scrutinized the photo, and I can’t find anything that would give me reason to believe it was Photoshopped. First of all, if someone had painstakingly crafted a cowboy hat in Photoshop, they would have probably taken the time to airbrush out the power lines in the foreground, and the file name was consistent with Apple iPhone photographs which is “IMG_” and a 3 to 4-digit number, as opposed to “Charlie_Daniels_Hat_Cloud.jpg” or something along those lines. If someone had created it, they’d probably tag it so it wouldn’t get lost in the sea of other photos with similar names, because they would want to be able to find easily in order to show their handiwork.

So, I feel like it’s legit, and it really is breathtaking.

And the “winks” just kept on coming.

On the day of dad’s funeral on Friday, Pastor Allen Jackson at World Outreach Church paraphrased a scripture from the Book of Zechariah, he said a mighty tree has fallen.

The next day, I was driving up the hill to mom and dad’s in dad’s truck, when we had to stop because something was blocking the road. I got out to start moving the debris. It seemed that limbs were laying across the driveway because a tree had fallen over and crushed the gate of a holding pen. We hopped out and started trying to clear the road, and then it was pointed out to me… “A mighty tree has fallen.”

Totally took my breath away.

Not to mention that at dad’s graveside service, there were lots of butterflies, there were a lot of flowers there, but there was one small butterfly that was happy to settle on the hand of the daughter of one of my dearest and oldest friends, and seemed very comfortable there and not ready to leave anytime soon.

Again… no, I don’t think my dad is a butterfly, but there have been stories of butterflies being connected in some way to a recent passing, so who knows? Maybe there is some sort of connection that we don’t understand.

But the biggest “wink,” so far, came exactly one week after dad’s funeral.

I’ve been getting back into swimming laps at mom and dad’s pool to offset the excess comfort foods I’ve been partaking of recently. Due to an extremely hectic day, I didn’t get into the pool until after 9 PM, so it was basically pitch black as I got into the water.

Since my mind was sharp as a bowling ball for about 3 weeks following dad’s passing, I don’t recall if this happened before I started swimming, or in between laps, but right above mom and dad’s house was the lowest and brightest shooting star I’ve ever seen, and it was right in front of my face. In fact, I don’t believe I’ve ever seen a real shooting star before, and have had to settle for the memories of Steven Spielberg movies which often feature them.

This one couldn’t have been more than 30-35 feet above mom and dad’s house.

And it was spectacular!

As impressive as it was, once it cleared the roof of mom and dad’s house, it burned up and the bright head became a bright white streak about 3-4 feet long and then vanished.

I’m not suggesting dad or Lynn’s son were ghosts or anything of the sort. Does this line up with Christian theology?

None of us know for sure what happens when we pass, except those that have already shuffled off this mortal coil.

All I know is that there have been some unexplainable things that have happened to me, to Lynn, and countless others.

Don’t worry, I’m not getting an Ouija board or doing any seances. That’s not what I’m talking about.

I know dad is not wandering the earth as some disembodied spirit, but does the Almighty allow the recently deceased to briefly reach out to loved ones from above?

“There’s some things in this world you just can’t explain.” – Charlie Daniels 1980

And I'll be keeping my eyes open for more "winks" from above.

What do you think?

Pray for our troops, our police, our country and the peace of Jerusalem.

*NOTE* The photograph of the shooting star was created in Photoshop and is not actually what I saw, but it is the best recreation of the event I could come up with. – CD, Jr. 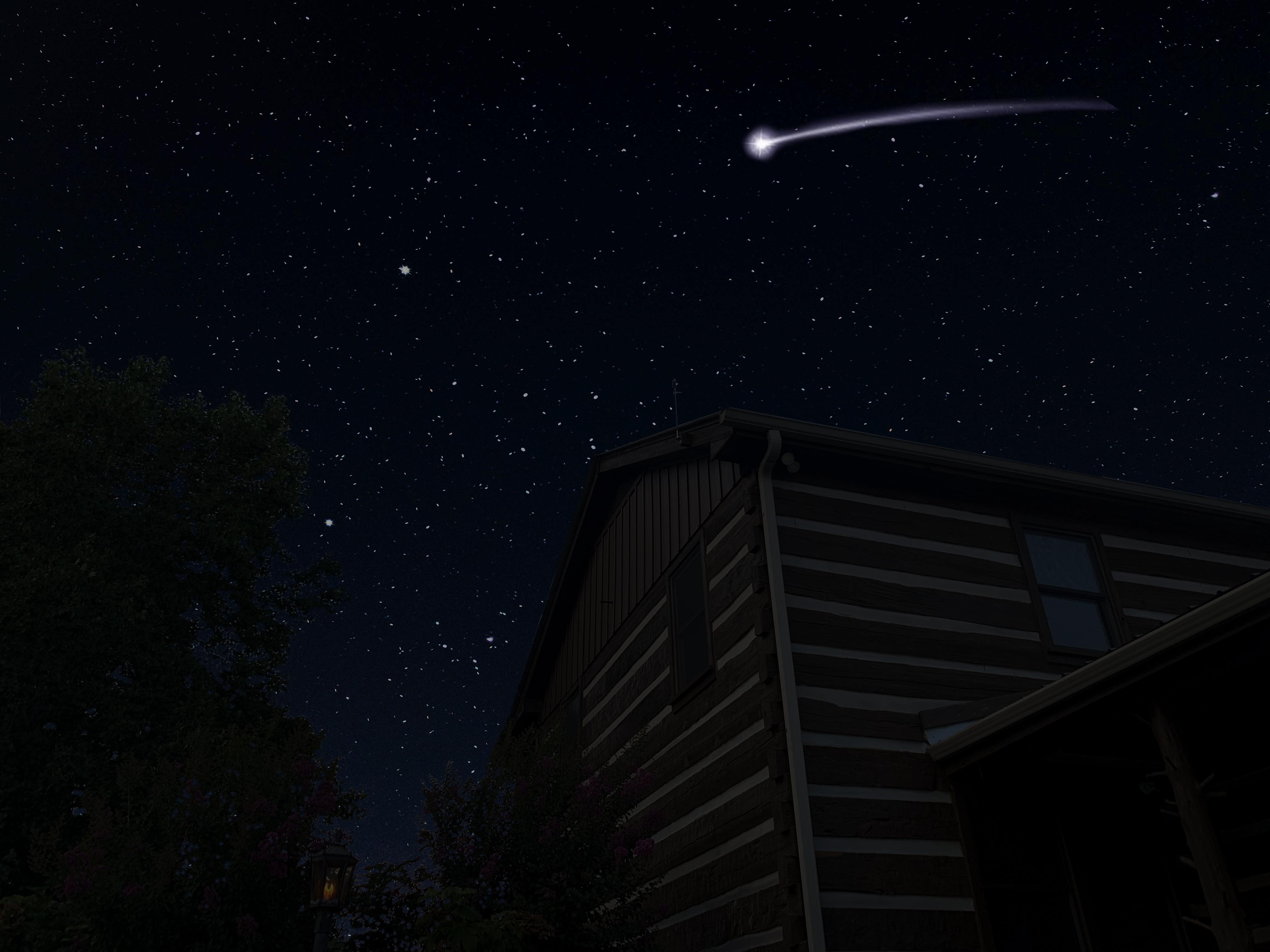 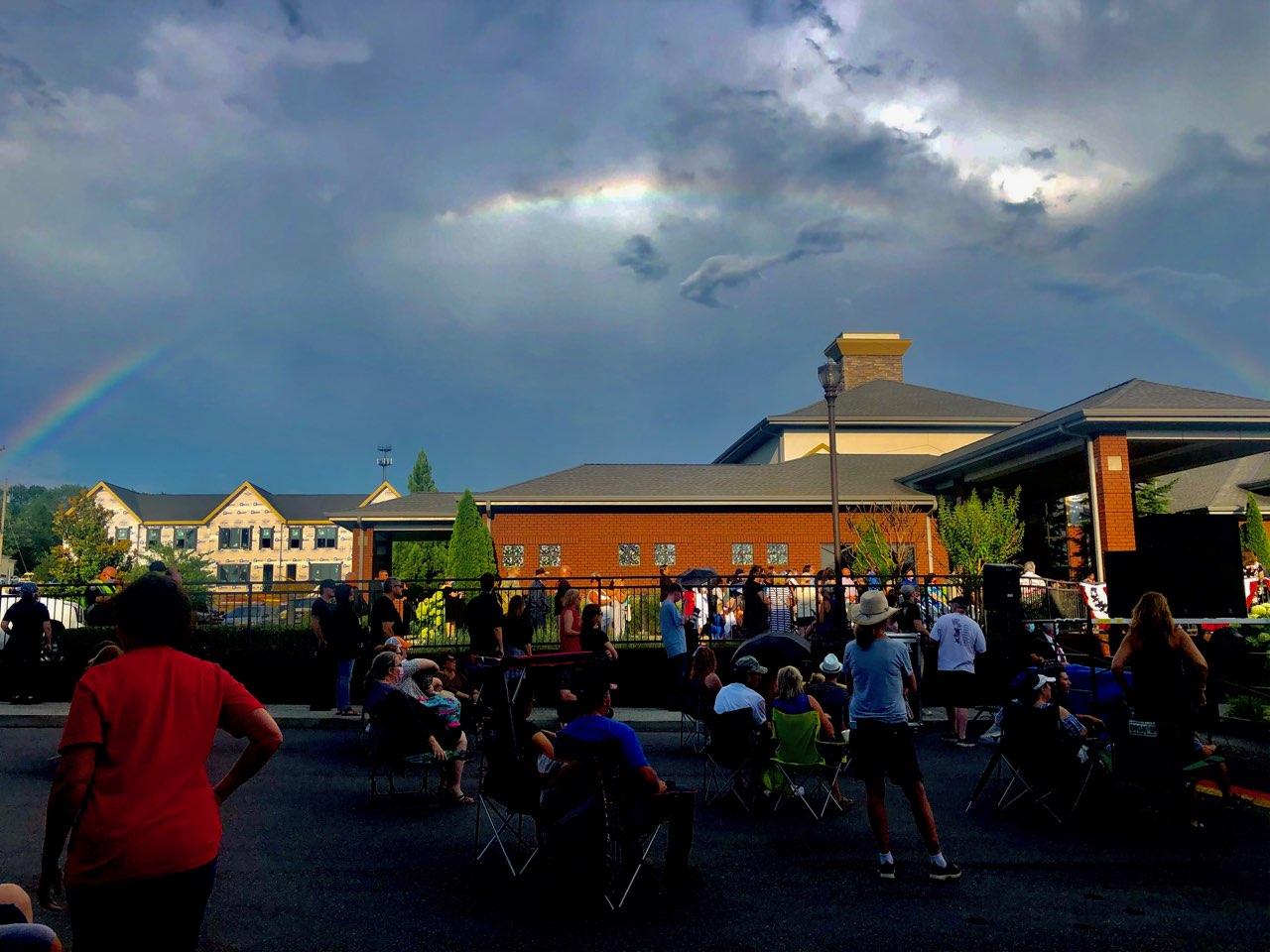 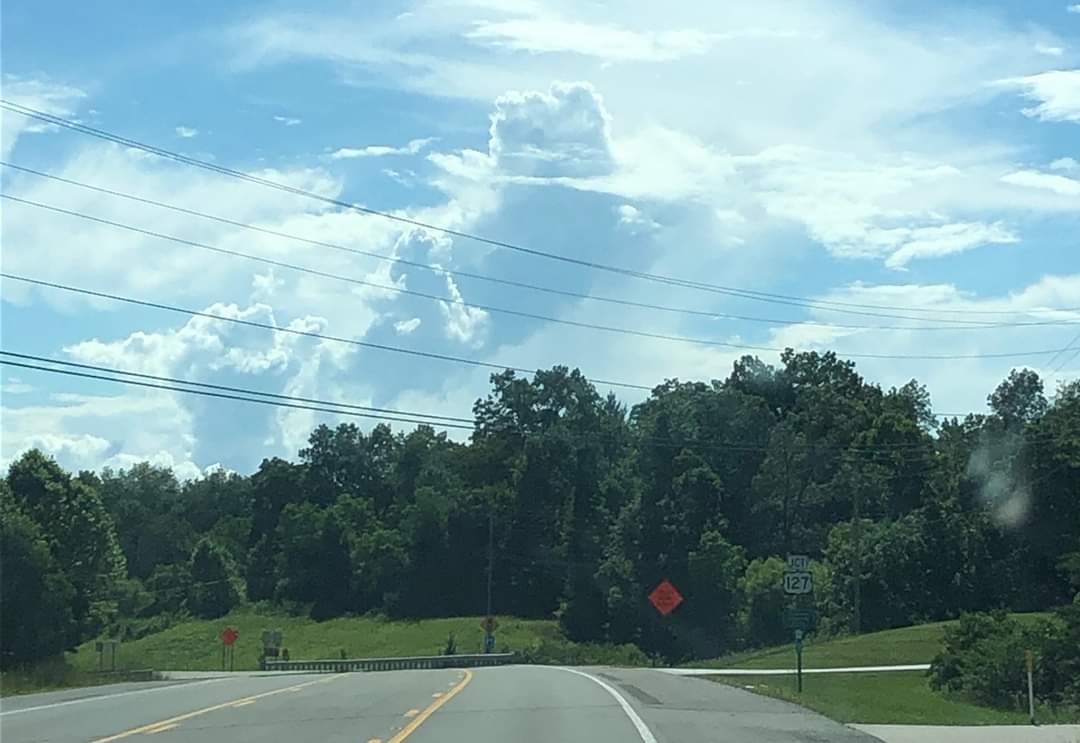 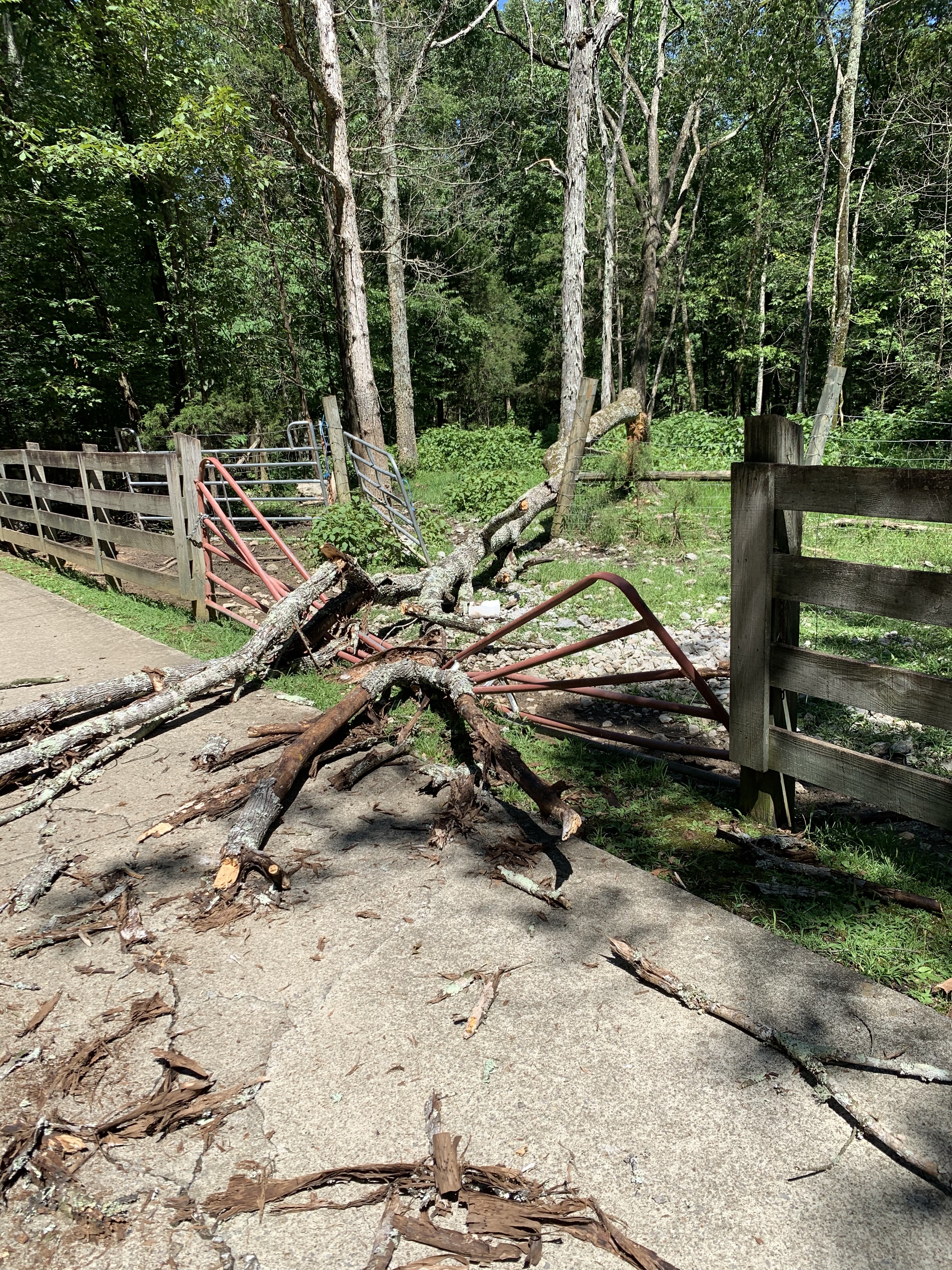 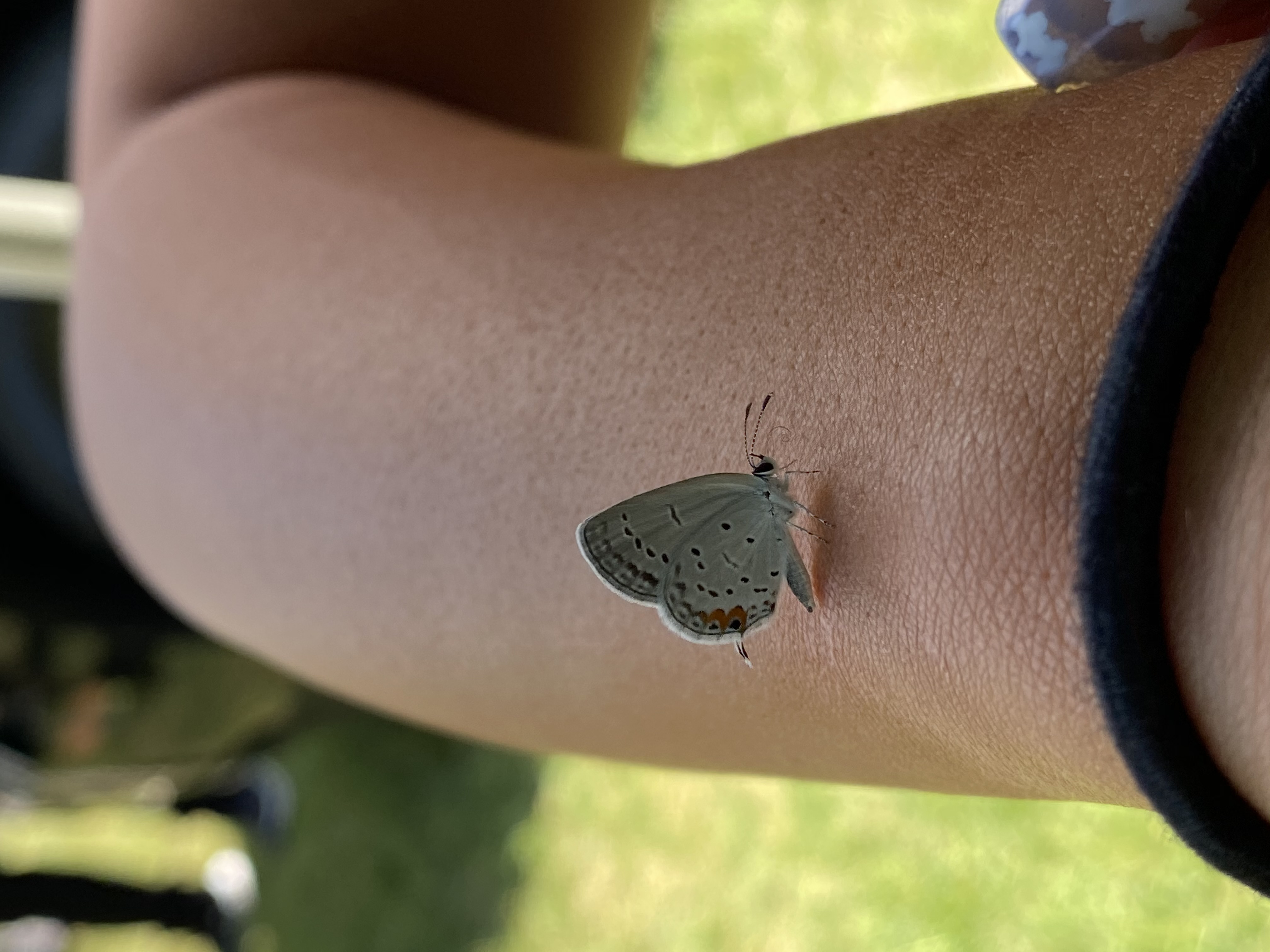 In Case You Missed It:

More of the Rest of the Story

The Rest of the Story

Growing Up with The Best There’s Ever Been